The Network to Stop Drone Surveillance and Warfare (NSDSW) is working diligently to build a nationwide movement against drones. Please read the progress report below and get involved.

MEETING REPORT - MAY 29, 2013
MEETING PARTICIPANTS
SCHEDULE OF FUTURE MEETINGS
HOW TO GET INVOLVED
FULL LIST OF NSDSW PARTICIPANTS

A group of 20 participants in the Network to Stop Drone Surveillance and Warfare (NSDSW) gathered in Philadelphia on May 29, 2013, to review the April Days of Action Against Drones, including a substantial body of survey input from people around the country, and to set NSDSW direction for the future. The day began with a roundtable discussion of the April Days of Action; working group meetings followed, and the day concluded with a general session. 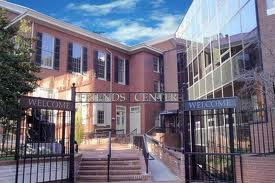 The roundtable discussion report-backs on the April Days of Action were inspiring, creative and diverse. Actions included educational forums, civil resistance at drone command centers, leafleting, vigils at various sites – including drone manufactures, letter writing, town hall forums, local resolutions against the use of drones and one regional demonstration. There were 68 “April Days” actions in 24 States.

The discussion helped us realize that we need an outreach strategy to promote the broader goals of the Network. As a first step we agreed to design a strategy to send counter-drone organizers across the country an appeal to join the network. NSDSW has now provided an opt-in form for organizations and individuals to be listed as "participants" in the Network to Stop Drone Surveillance and Warfare. (There will be separate opt-ins specific to major statements or campaigns.)

NSDSW leaders expressed a commitment to recruit more people and make our organizations more robust, and in particular to bring more youth and people of color into the movement.

Most of the day was spent in small working groups to think about the actions, resources and strategies of the network. We believe it is the work of these small groups that will allow for the design of sustainable campaigns and a sustainable network. The working groups made presentations to the larger groups at the end of the days to get group consensus.

We urge anti-drone activists everywhere to join our efforts. The facilitators are awaiting your support. The coordinators of the working groups will organize weekly or bi-weekly calls to prepare for larger monthly calls of the whole network.


HOW TO GET INVOLVED

The Network to Stop Drone Surveillance and Warfare (NSDSW) war formed in December, 2012, when a group met in New York and declared:


“Horrified by the facts of the era of drone warfare and surveillance technology, we declare our commitment to establishing an ongoing network of groups and organizations. The Network to Stop Drone Surveillance and Warfare seeks to initiate and coordinate events and actions that will raise a united and spirited voice for justice and peace, and to stop weaponized drones and related technology applications. These activities are aimed at highlighting the illegality, immorality, and unconstitutional nature of using drones to spy on and/or kill human beings.”
One measure of the Network will be the broad participation of individuals and groups actively involved in countering drone war, assassination and spying. Joint action and sharing of experiences to effect change is the goal.

To get involved, please fill in the opt-in form here. It will enable you to sign up for a variety of notices, participate in national conference calls, and connect with working groups.