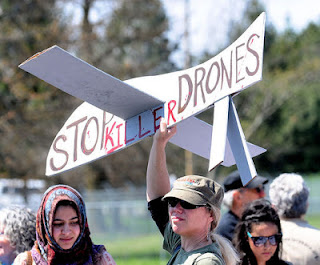 People around the country are preparing for a full slate of peace and justice activities in the months of September, October, and November, 2013, which will have great significance for the expansion and solidification of the movement against drone warfare and surveillance.

Participating organizations in the Network to Stop Drone Surveillance and Warfare (NSDSW) -- including CODEPINK, World Can't Wait, AFSC, Know Drones, No Drones Network, and others -- are responding to a call by activists nationwide for a follow-on campaign to the tremendously successful April Days of Action 2013 with a call for. . .


November Days of Action Against Drones 2013

Below is information about the November Days as well as other major developments and events coming up.

A FULL list of ALL events relating specifically to drone opposition around the country is online - please add your events to that list!

Participants from across the Midwest will converge in Chicago for an action (March On Boeing!) and conference (Building the movement against drones) in late September. 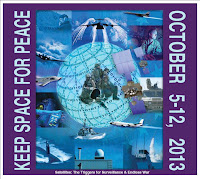 Each fall the Global Network Against Weapons and Nuclear Power in Space organizes Keep Space for Peace Week, during which activists around the world hold local actions that connect-the-dots between the militarization of space and endless war on Earth. 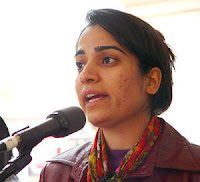 On the 12th anniversary of the US invasion and occupation of Afghanistan, UNAC, in conjunction with the Afghan Women's Mission is sponsoring a national tour of former Afghanistan legislator, women’s rights and antiwar leader, Malalai Joya. For more information on the itinerary, please email UNAC's Malalai Joya National Tour Coordinator, Jeff Mackler at jmackler@lmi.net or UNACpeace@gmail.com.

Several arms of the United Nations have already begun to investigate the criminal drone assaults launched by the United States government under President Barack Obama.

* READ THE FULL NSDSW PRESS RELEASE: Oct 25: US to Respond to UN Call for Full Accounting of "Extrajudicial, Arbitrary, and Summary Executions"? 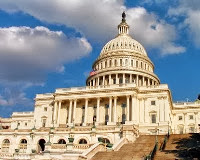 (A) Capitol Hill (Washington, DC): Briefing for Rep. Alan Grayson and others on drone killing 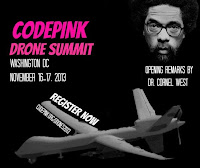 There has been extraordinary public opposition to war as a result of the Obama administration's proposal to attack Syria and continuing question over whether Congress will authorize it. This has focused public attention on the use of force and the cost of war.

The weeks ahead are a perfect time for coordinated effort against war of all kinds, including drone wars.

The fulcrum of the proposed November days will be the “Drones Around the Globe: Proliferation and Resistance” summit being held in Washington DC the weekend of November 16-17, 2013.  Organized by CODEPINK, Institute for Policy Studies, The Nation Magazine, and National Lawyers Guild (Georgetown Chapter), coordinated actions will compliment and support the gathering.

* Friday, November 15: protests at General Atomics in Washington, DC.  We are calling for actions around the country at other manufactures of drones.

* Saturday/Sunday, November 16/17:  Drones Around the Globe: Proliferation and Resistance (Registration and Program)

* Monday, November 18: legislative push at Congressional offices in DC and in local districts.
To help build this campaign, please:

(2) Opt-in to become a participant in NSDSW.

(3) Use the NSDSW online organizing manual to develop your actions, and share it with others!
. . . and please share this call widely.

An expanded description of November Days of Action Against Drones activities will be distributed by October 1.