Oct 25: US to Respond to UN Call for Full Accounting of "Extrajudicial, Arbitrary, and Summary Executions"? 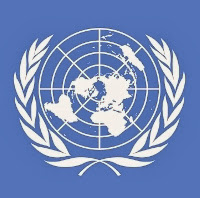 US to Respond to UN Call for Full Accounting of
"Extrajudicial, Arbitrary, and Summary Executions";
Records of Thousands of Killings Using Drones at Issue

At a session on October 25 in New York City, the US delegation of the United Nations is expected to respond to new reports that call for a full public accounting of extrajudicial, arbitrary, and summary executions carried out by the U.S. in countries around the world using drones. The reports require full transparency of drone killings, including, "the legal basis for the use of drones, operational responsibility, criteria for targeting, impact (including civilian casualties), and information about alleged violations, investigations and prosecutions." [See links to reports below]

"The recommendations of these two reports reflect a clear international mandate that the U.S. comply with the duties and obligations of every law-abiding nation," said Medea Benjamin, co-founder of antiwar group CODEPINK. "Now the question is: how soon will the U.S. come into compliance?" she said. "For the first time ever, on October 29 Congress will have a chance to hear firsthand from civilians harmed in US drone attacks. To date, the US has refused to acknowledge, apologize or offer compensation to civilians harmed in drone attacks in countries like Pakistan and Yemen where the US is not officially at war."

Debate remains about how fully the U.S. will comply. "The Department of Defense and/or the CIA documents every drone strike, including the details of the decision process and the video of the actual strike," said David Swanson, author, antiwar activist, and sponsor of a petition for an outright ban on armed drones. "Compliance with the UN mandate will require the public disclosure of all of that, we believe."

Experts agree the compliance demands on the U.S. are widely supported. "The time when the U.S. could stonewall the international community on its drone killings has long passed," said Peter Lems, drones program coordinator at the American Friends Service Committee (AFSC). "Barack Obama even has 16-year-old human rights activists from Pakistan like Malala Yousafzai telling him in an Oval Office meeting that 'drone attacks are fueling terrorism' and 'lead to resentment' among the people where the killings occur. "

Independent tallies of US Drone Strikes: The Bureau of Investigative Journalism

Posted by Joe Scarry at 7:21 AM No comments: